Headed to the beach this weekend? You may want to read this before you pick your spot in paradise. As of August 8th, 13 beaches in South Carolina were issued new advisories (or had continued advisories) due to high levels of fecal bacteria found in samples taken by SCDHEC. 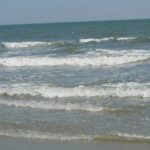 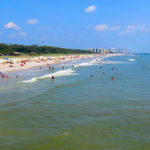 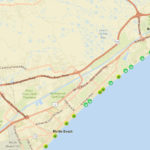 This time of year, it’s not unusual for beach advisories to be issued in South Carolina. Heavy rains wash large amounts of run off toward the Atlantic. We’re fortunate to have DHEC keeping such a close eye on the coast so we can avoid swimming in harmful areas. If you encounter one of the advisory areas it’s perfectly fine to walk in the dry sand and search for shells. But, due to the fecal bacteria, you’ll want to avoid getting in the water at an advisory location – especially if you have an open cut or wound, or have a compromised immune system.

Again, there’s no need for panic… most of the beaches in the Palmetto State aren’t even affected. Stay safe out there and enjoy your (clean) beach time!

Learn more about beach monitoring by SCDHEC in South Carolina at this link!

The post These 13 South Carolina Beaches Have Just Been Put On Advisory Due To Meningitis-Causing Fecal Bacteria appeared first on Only In Your State.