The Sinking of The LuLu, Alabama Gulf Coast at LuLu's at ,Homeport Marina

Scuba diving meets the Alabama Gulf Coast. The Alabama Gulf Coast Reef and Restoration Foundation has announced the LuLu, a 271-foot retired freighter, will be sunk as a reef on May 26. The LuLu will help put Alabama on the worldwide map for scuba diving enthusiasts will eventually rest on the bottom of the Gulf 17 miles directly south of Orange Beach. It will be towed two miles up the Intracoastal Waterway from Walter Marine to LuLu's at Homeport Marina for a christening party on May 24 beginning at 9 am.

The ship will be christened at 1 pm, and the party will continue until 3 pm. Later, the ship will debark on a 20-hour tow to the detonation site, where it will be positioned on May 25 for the following day's sinking. 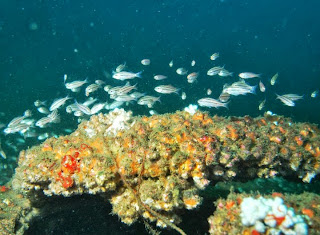 Visit : The Sinking of The LuLu, Alabama Gulf Coast at LuLu's at ,Homeport Marina